The beating heart of this volcano is driven by the Taupo Volcanic Zone, a thin area of the Earth’s crust bisecting the Pacific Ring of Fire. As an active volcano this mountain has erupted as recently as 2007, but is well monitored by government agencies and warnings are always in place should detection of earthquakes be made.

Home to two ski areas; Whakapapa to the north and Turoa on the south; these make up the largest ski area in New Zealand. New Zealand Ski Season runs from June to October, and a one-day ski pass at Whakapapa costs $95NZ.

Centrally located in the middle of the North Island, Mt Ruapehu, makes for a great stop on any North Island itinerary. Even if you’re not a snow-sports fan, the  chairlifts are accessible all-year round with a sightseeing chairpass ($35NZ) and provide unrestricted views across the expansive New Zealand landscapes. 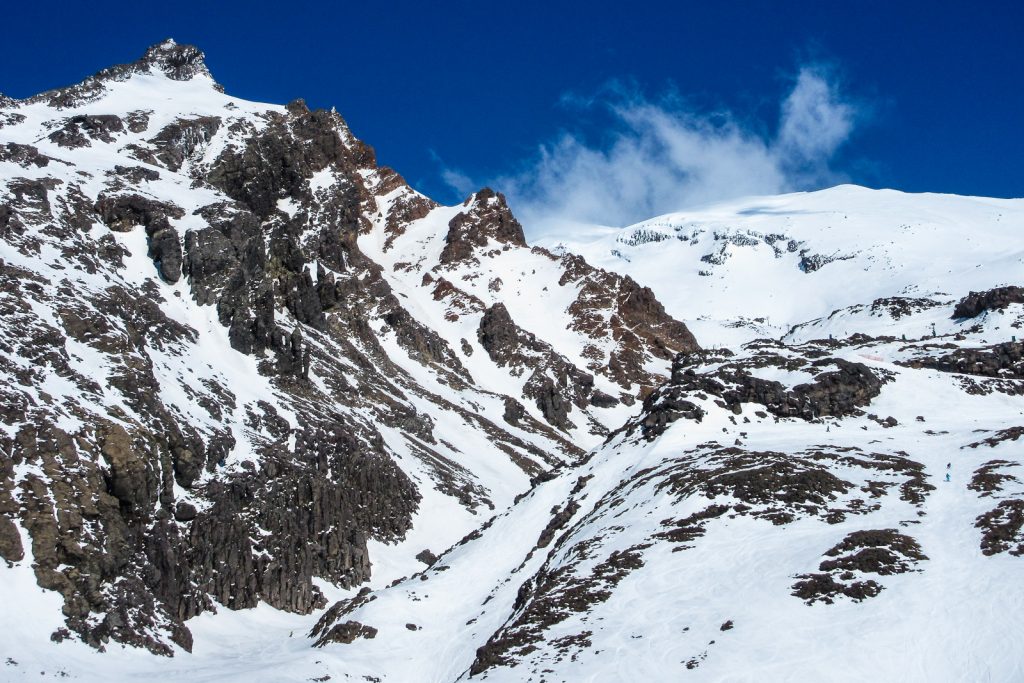 Looking to the summit of Mt Ruapehu, you can see the mountains’ glaciers, which are the only glaciers located on the North Island. A unique and beautiful landscape, it is unsurprising to learn that Peter Jackson filmed his Lord of the Rings trilogy on the slopes here.

To reach Whakapapa by car you need to take the Highway 48 (Bruce Road) turning off Highway 47. The drive up the mountain can take about 15 minutes and depending on weather conditions your vehicle might need snow chains fitted (only during mid-winter). 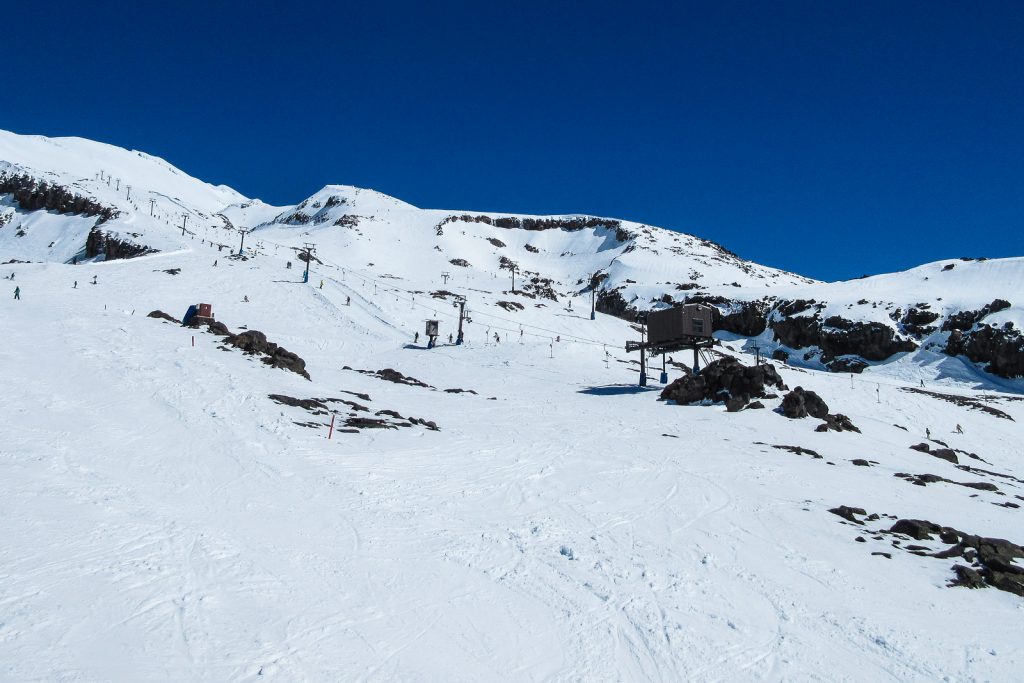 Whakapapa caters for all skill levels as the largest of the North Island ski fields. Happy Valley, is their beginners area, isolated from the other slopes, so learners don’t have to worry about advanced skiers. 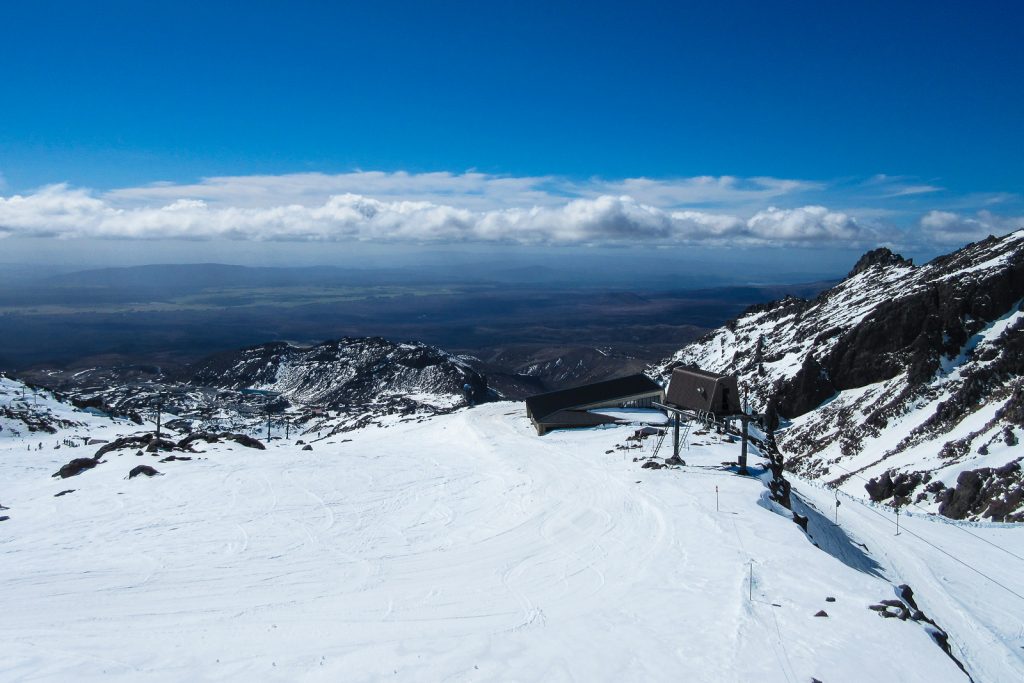 Providing 30 trails for skiers and snow boarders, the unique undulating terrain of the volcano adds to the variety of slopes. For the advanced snow-sports adventurer there are 24 black and diamond runs. 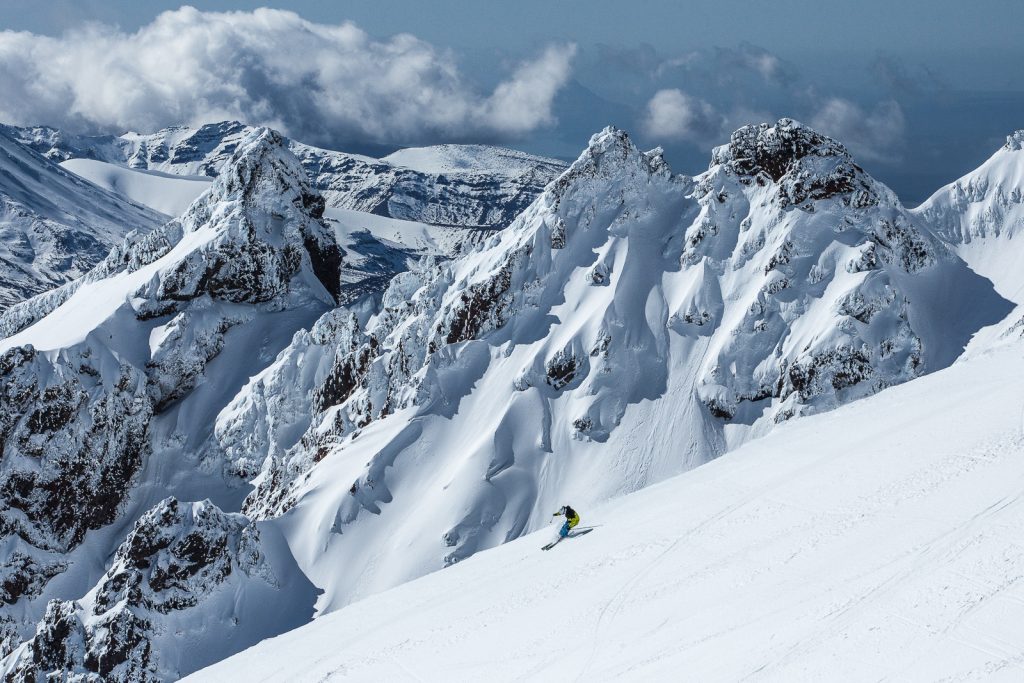 Ride the chairift, all-year round!

The chairlifts are not just for skiers. Sightseeing chairlift passes can be purchased for $35NZ all year round. Because the ski lifts close at 4pm, last entry to take a chair lift ride is at 3:30pm. Chair lifts operate daily from 9am-4pm. 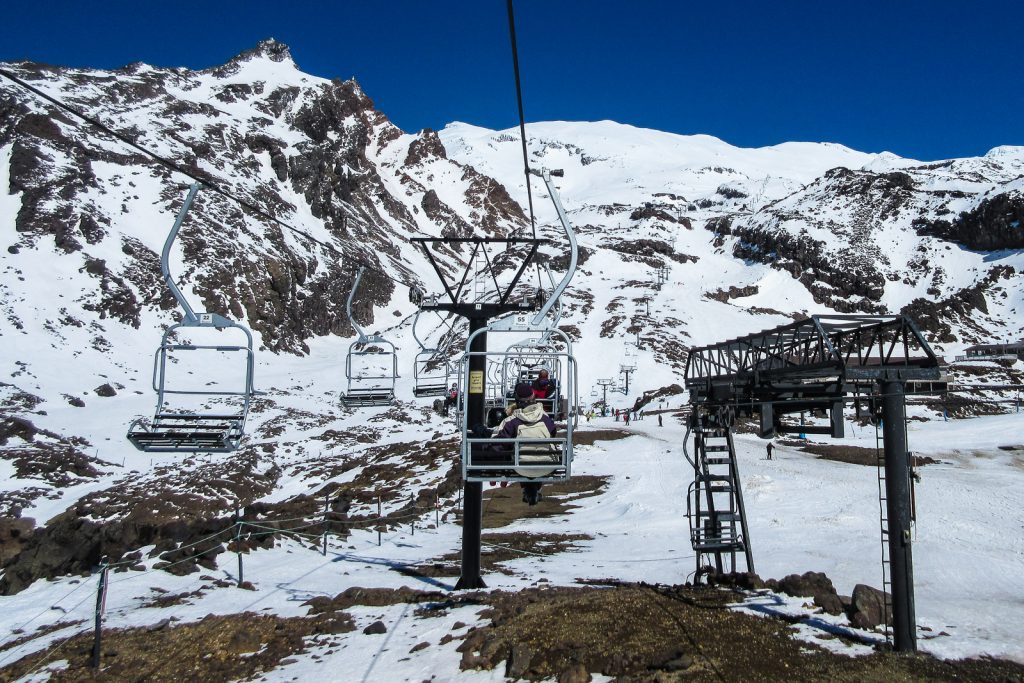 Whilst the ski slopes shut outside the winter New Zealand Ski season (June-October), Summer provides unique access to Mt Ruapehu’s stunning scenery and panoramic views. Popular hikes and walks can be accessed from the top of the two charilift which operate in the summer months.

Knoll Ridge Chalet, is New Zealand’s highest cafe, accessed by the chairlifts. Serving Breakfast (from 9am) and Lunch (from 11am), with an outdoor deck provides year round views. 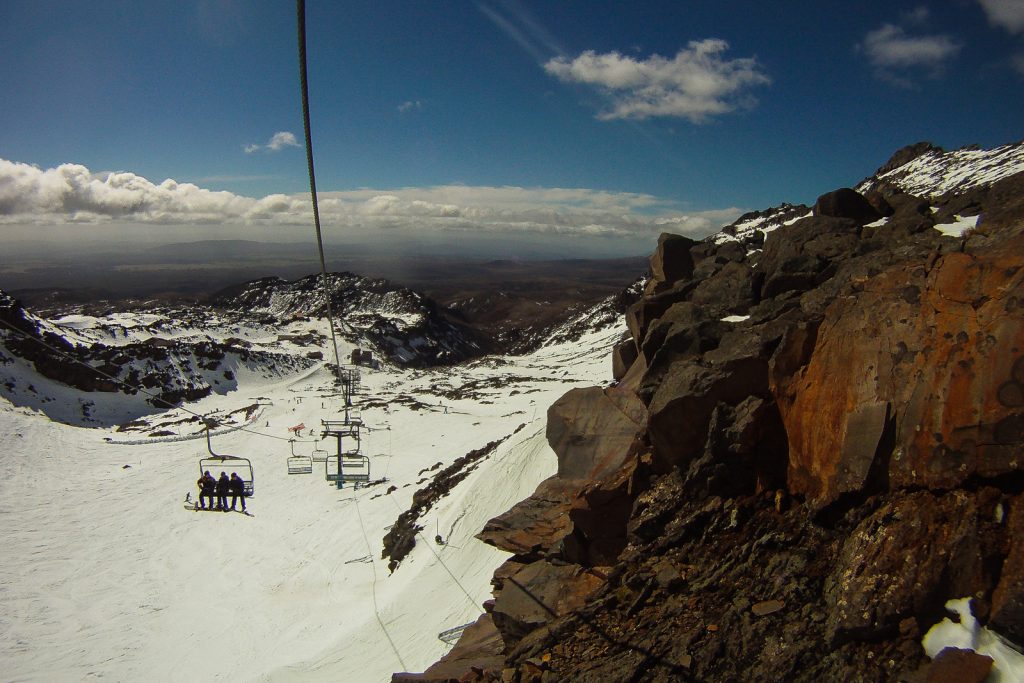 The panoramic views from Mt Ruapehu capture the mountain’s nearest volcanic neighbour of Mt Ngauruhoe. A captivating and inspiring force of nature to behold whilst skiing down the slopes. 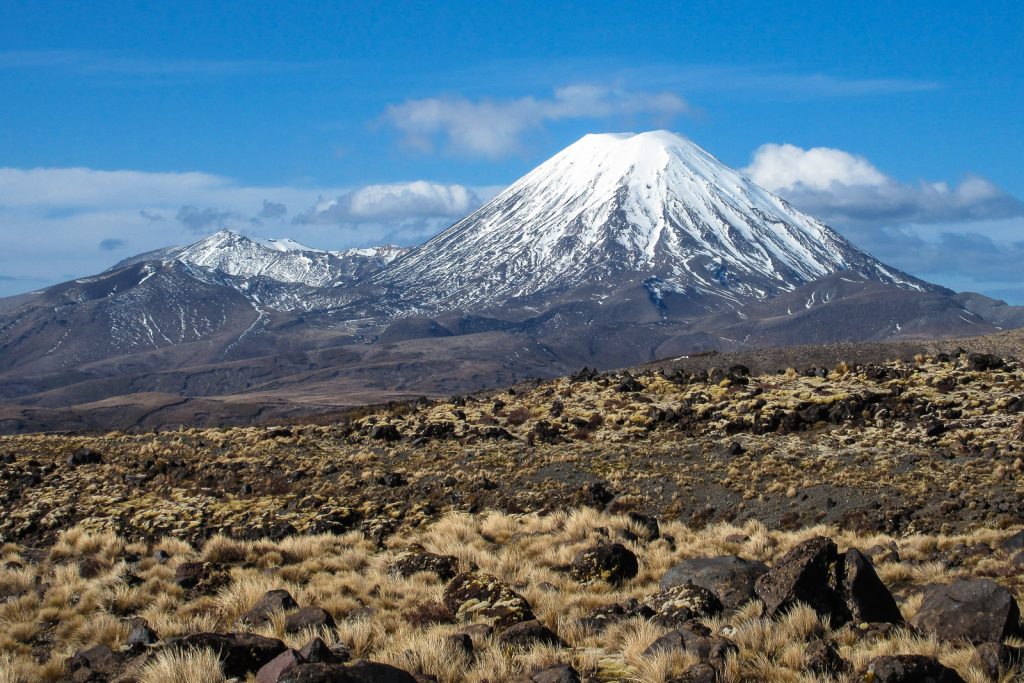 Another active Stratovolcano, along with Mt Ruapehu and Mt Tongariro, these three make up the visually impressive landscape of the Tongariro National Park on the Central Plateau of North Island. It’s most recently erupted in 1974. Tongariro also features as a UNESCO World Heritage site.

A relatively young volcano it is estimated to have only formed in the past 2500 years. It features in Peter Jackson’s Lord of the Rings trilogy as the fictional “Mount Doom”. 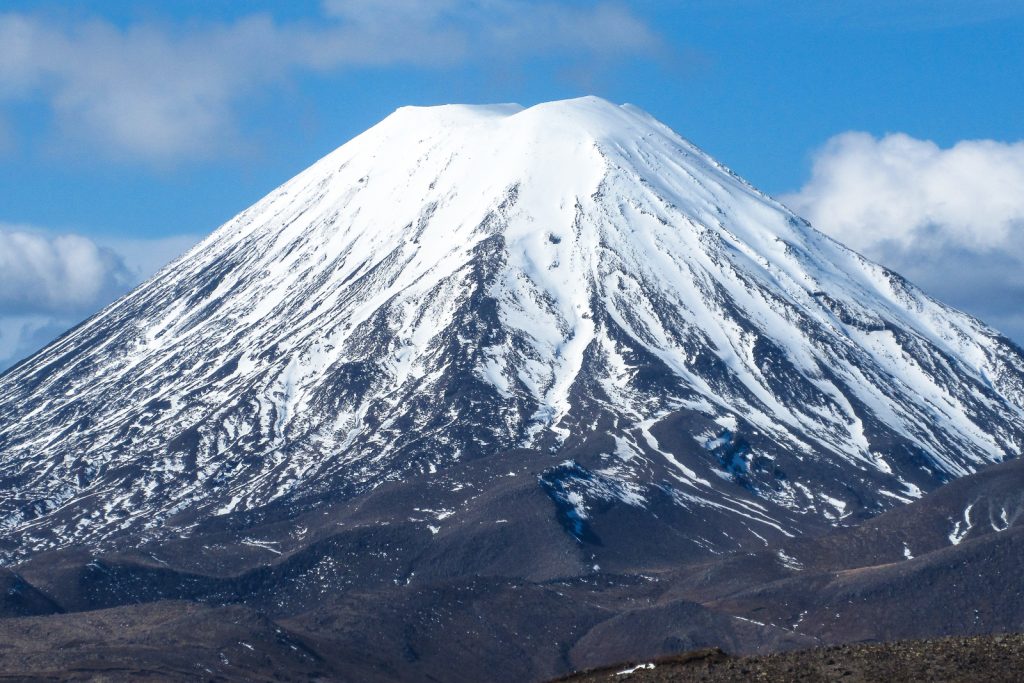 Fit a trip to Whakapapa for either a scenic chairlift ride or for winter snowsports; Read more in my North Island Itinerary.

Top 10 things to do in North Island New Zealand

25 Photos to Inspire you to visit New Zealand

Top sights along the road from Queenstown to Milford Sound

Top 10 things to do in South Island New Zealand

46 SHARES
Close
Do you want to read more similar stories?

Do you already like us on Facebook?
Do not ask me again for Facebook
Continue to the article »
189
SHARES
ShareTweetGooglePinterest
RedditStumbleupon
We use cookies to ensure that we give you the best experience on our website. If you continue to use this site we will assume that you are happy with it.Ok