An icon of our time, an engineering marvel and a symbol of cooperative work between nations; Concorde represents so much more than just a plane. This is an aircraft which could fly higher and faster than any other commercial passenger jet in history. Crossing the Atlantic from London to New York at twice the speed of sound it took only 3 hours and 30 minutes.

Since Concorde’s retirement in 2003, the fleet were dispersed around the globe to aviation museums that would honour their achievements. British Airways flew 7 aircraft in total and their Concorde registration G-BOAD was donated to the Intrepid Sea, Air and Space Museum in New York City. Parked next to the USS Intrepid aircraft carrier on the West Side of Midtown, Concorde is now a landmark on the Hudson. 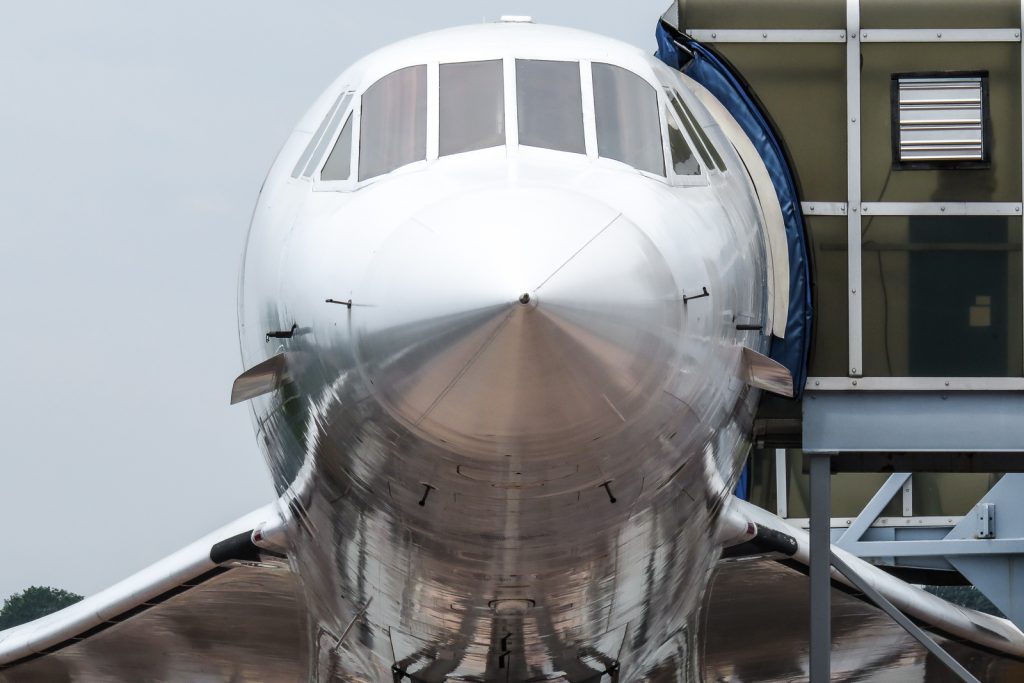 The Museum offers a guided tour of Concorde; it’s the only way to gain access inside and visit the cabin and flight deck. The Guided tour “Concorde: A Supersonic Story“;

The Concorde Tour: Inside the Cabin

The only way to visit inside the Concorde in New York is to book on the guided tour.

The cabin interior of Concorde is relatively new and still in great condition thanks to being preserved with plastic seat covers. In 2001 following the grounding of Concorde after the tragic Air France disaster, British Airways spent £14 Million refurbishing the cabin during this down-time. The new interior only saw 2 years of active service before Concorde’s retirement in 2003. The comfortable leather seats have the British Airways Speedmarque or Speedbird emblem designed into the shape of the arm rests. 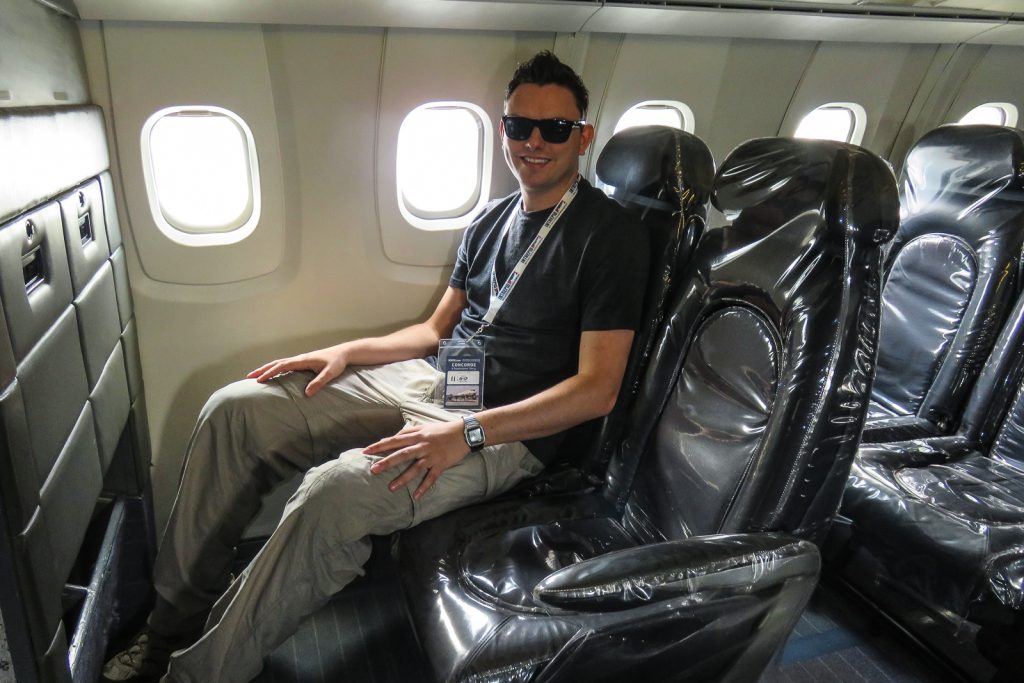 At the front of the cabin, on the bulkheads are the “Marilake” indicators which display flight progress information; such as the speed (Mach 2.0), altitude (53,000ft), aswell as temperature and mph speed.

The windows on Concorde are tiny! There is good reason for this. Partly to reduce the stresses on the air-frame and partly to reduce the outflow of air in case of a decompression; the small window would allow more air to remain in the cabin longer, to allow passengers and crew more time to don their emergency oxygen masks. Because of the high altitude Concorde flew at, the amount of time before the human body would survive without oxygen is much reduced, compared with normal commercial airlines. 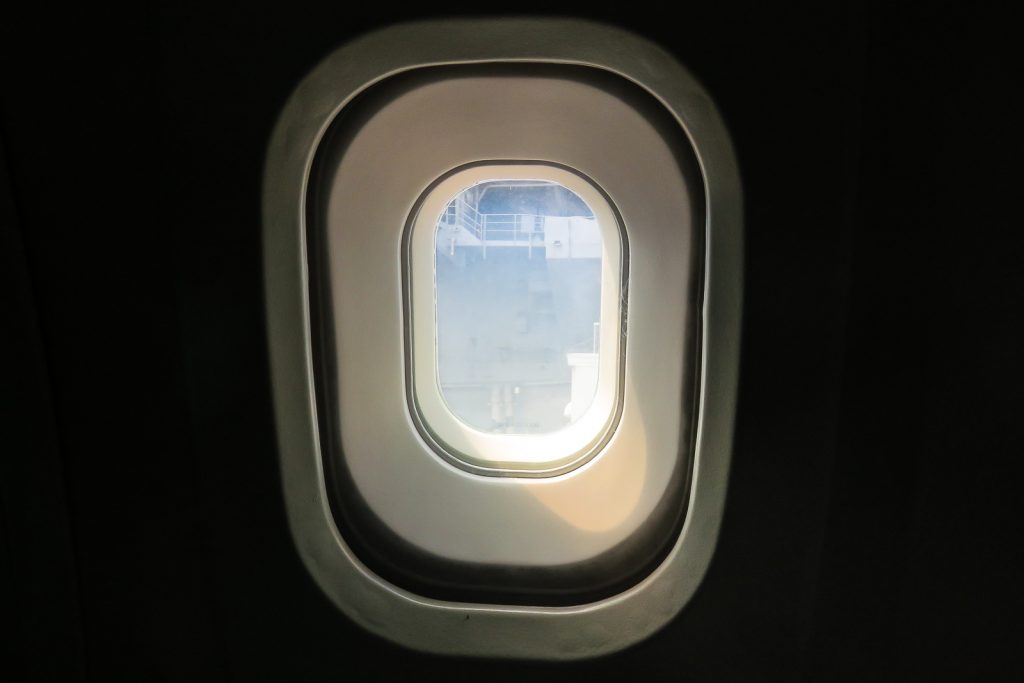 Only the front third of the Concorde cabin is open for viewing as the rest of the cabin is partitioned off. But visitors still get access, with your Guide’s supervision, of the flight deck. 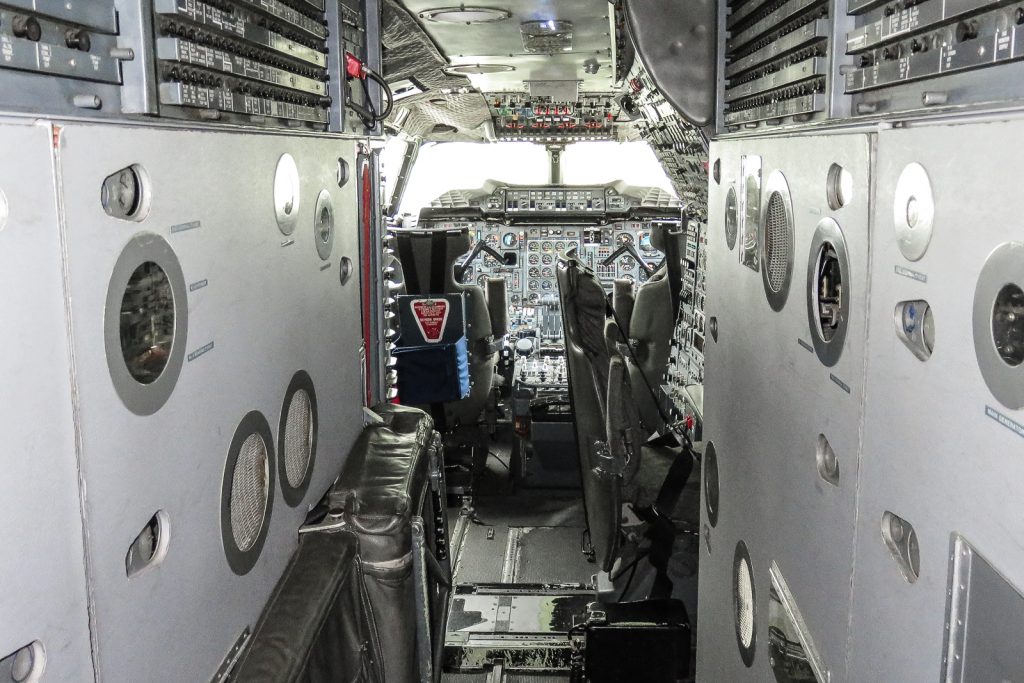 Concorde flew with 3 flight crew; The Captain (front Left seat), First Officer (front right seat) and Flight Engineer (rear right seat). There was an additional jumpseat for observers. The Flight engineer’s seat is unique, with a large control panel to monitor the four Rolls Royce Olympus engines as well as the fuel, hydraulic and air systems. 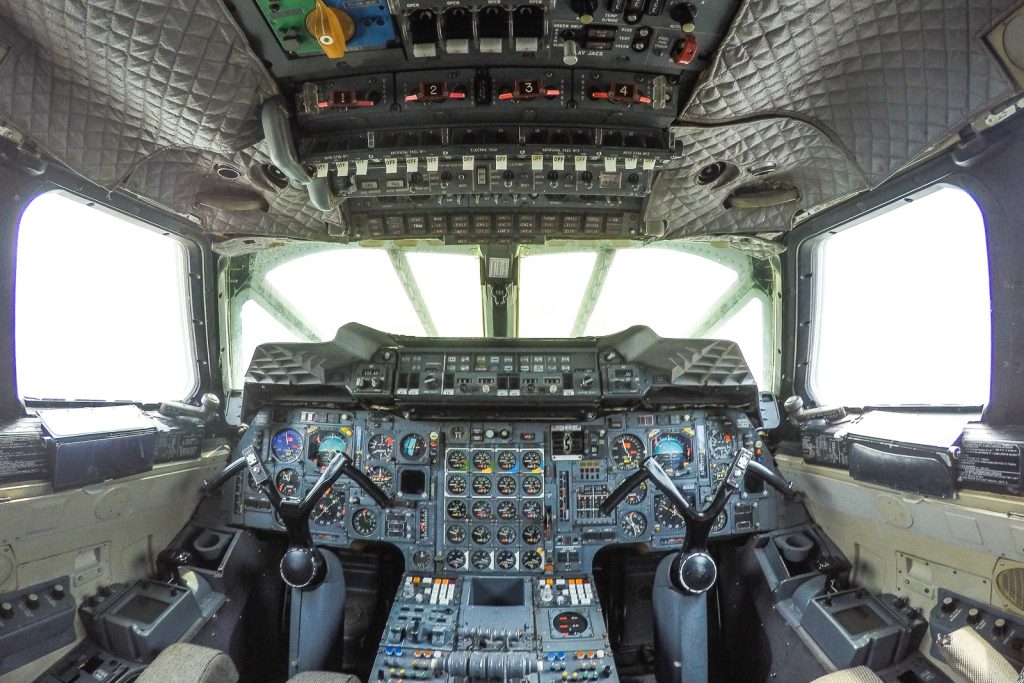 The Concorde flight deck has the unique “Ramshorns” flight control columns. Although you wont be allowed to climb into the pilots seats (we want to preserve this aviation monument), the tour guide takes guests in pairs onto the flight deck for a quick look around. Nothing has changed since the last day she flew. There are even the signatures of the last crew to fly her, signed on the ceiling with the Captain’s hat wedged in the engineering panel (I’ll let the tour guide explain that story for you!).

You will only get this close up view of the unique Concorde nose visor from the access steps on the guided tour. 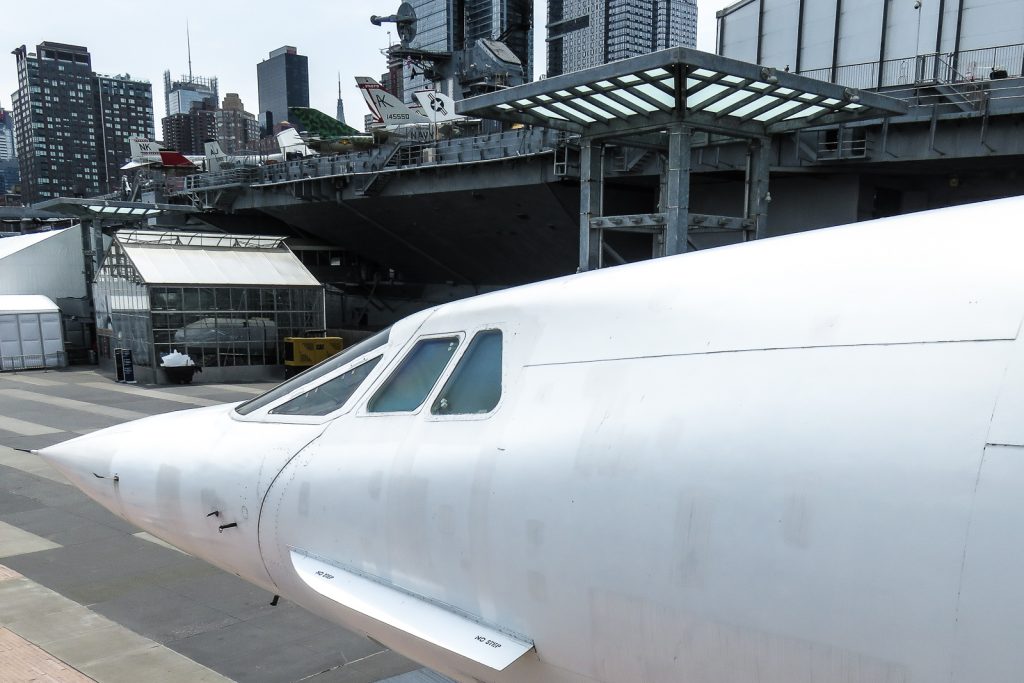 The visor provides a streamlined aerodynamic nose for supersonic flight (as pictured), but for take-off and landings the aircraft flies with a very high nose angle. In order for the pilots to be able to see out the front windows the nose is designed to droop and the pilots select this setting on the control panel.

The exterior of Concorde is accessible to all visitors to the Intrepid Museum. So don’t forget to explore the gracious delta wings and artistic aerodynamic shapes of this unique flying machine. 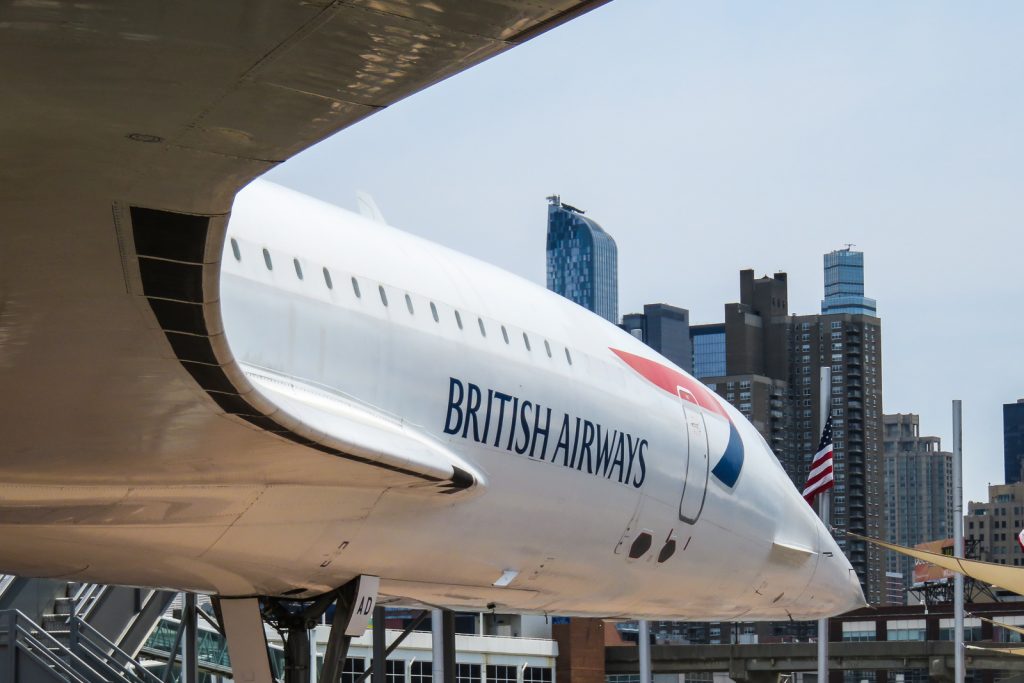 The four Rolls Royce Olympus engines each produce 38,000lbs of thrust with the afterburners on. These power Concorde up to the cruising altitude of 60,000ft and a speed of Mach 2 (twice the speed of sound). 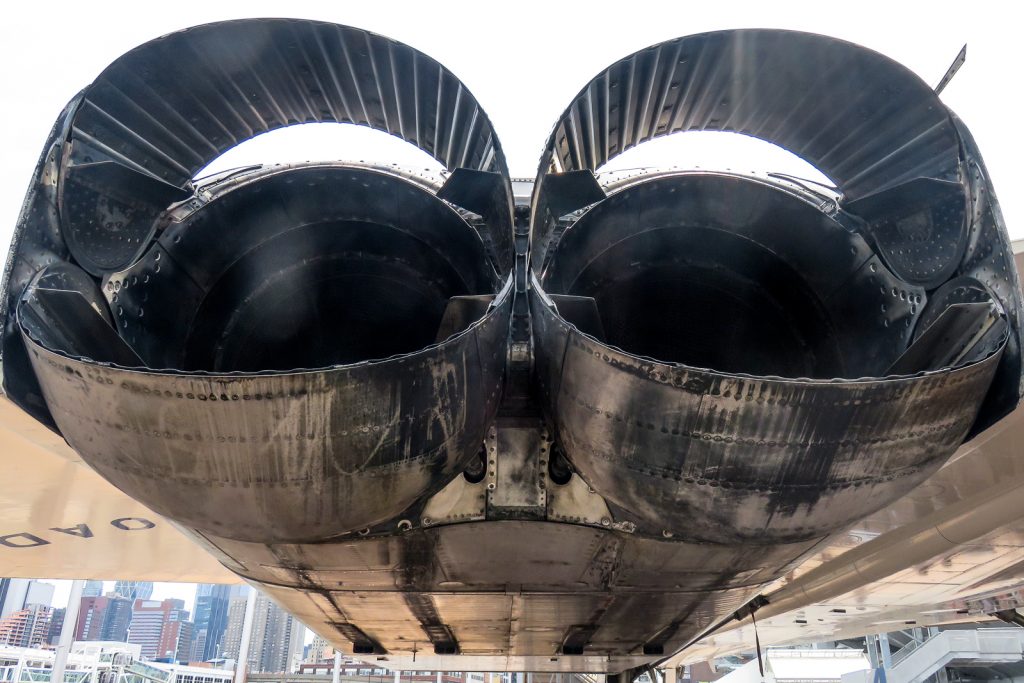 These engines were the main source of noise and the reason why the US initially banned Concorde from flying in it’s airspace! Whilst the United States lifted this ban in 1977, New York banned Concorde locally, but this was overturned a few months later. 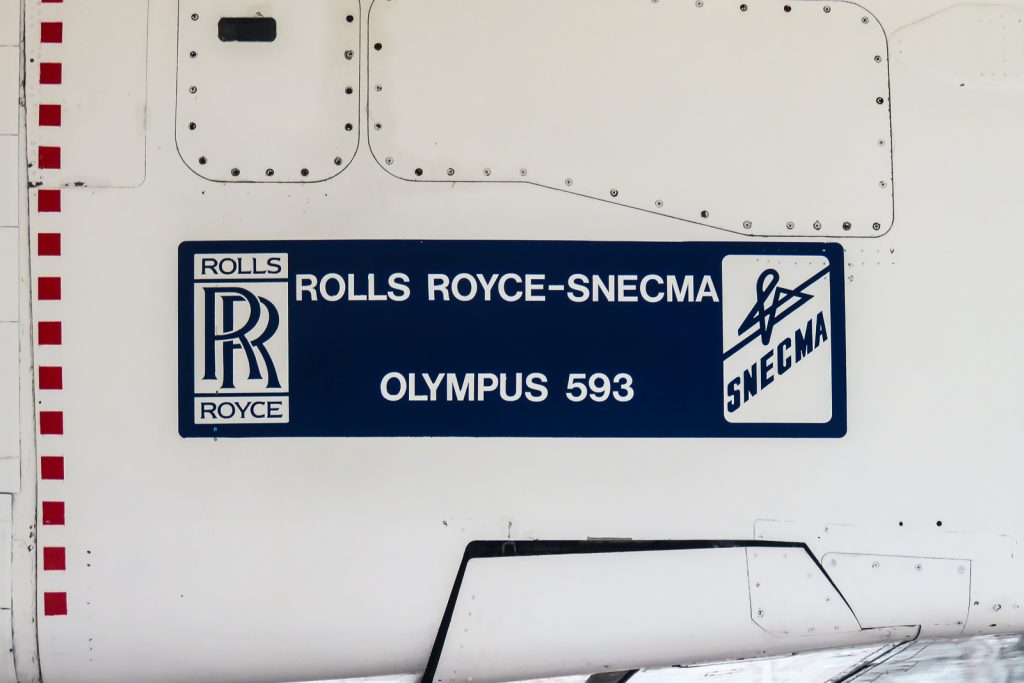 British Airways operated Concorde services to and from New York from 1977 until 2003.

To find the Intrepid Sea, Air and Space Museum; see #15 on my interactive New York map of Top Things to do in NYC.

Learn More About Concorde with the Concorde Story

6 Cheap Things to do in Orlando for Adults

11 Best Places to Visit in Florida on a Family Vacation

15 Fun Things to do in South Florida

674 SHARES
Close
Do you want to read more similar stories?

Do you already like us on Facebook?
Do not ask me again for Facebook
Continue to the article »
674
SHARES
ShareTweetGooglePinterest
RedditStumbleupon
We use cookies to ensure that we give you the best experience on our website. If you continue to use this site we will assume that you are happy with it.Ok